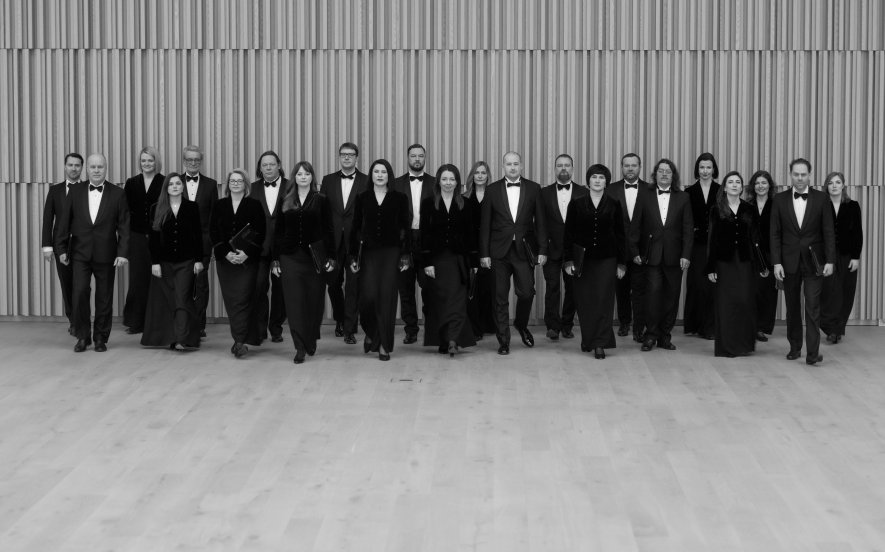 The concert will feature multiple Lithuanian composers. Justė Janulytė’s musical style is enchantingly beautiful, and metaphoric, and the composer herself calls her music monochrome, pointing out the visual nature of thought and the acoustic phenomenon. Her 2009 piece Aquarelle earned first prize in the young composer category of the prestigious UNESCO Rostrum competition.

In Lithuanian music, Rytis Mažulis is an agent of minimalism, crafting crystal clear and rhythm-driven compositions. In Canon solus, the composer uses his characteristic canonical techniques, creating a sonic world that sounds ancient and contemporary at the same time.

The New York-based Lithuanian Žibuoklė Martinaitytė, whom the American classical music station WQXR has called a textural magician, will premiere a new piece in the festival. In 2020, the composer earned the Guggenheim Award and the Lithuanian National Award of Culture and Arts for outstanding creative achievement.

Toivo Tulev is one of the most interesting Estonian composers - a specialist of Persian music and early sacred chants, as well as the head of the composition department in the Estonian Academy of Music and Theatre. His music is often described as equally expressionistic and spiritual, balancing between heightened tension and enlightenment. The composer's wish to combine the expressionistic nature of contemporary art with the breath of spirituality is also present in his poetic choral piece Tanto Gentile, which uses verses from a romantic sonnet by Dante. The living Estonian classic Arvo Pärt’s music will be represented by his famous motet Deer’s Cry.

Krists Auznieks is one of the most acclaimed young Latvian composers, whose music has been praised as “exhilarating… stunning… luminous“ (San Francisco Classical Voice) music, possessing “astonishing complexity and beauty“ (Broadwayworld). Talking about his work Sensus with lyrics based on Paul’s Epistle to the Romans, the composer says that the word sensus equally contains feelings, mind, and thought, and it is beautiful that the mind is not being juxtaposed with the soul - they both live together in one word.

Mārtiņš Viļums is a master of the sonic phenomenon and musical spacetime, whose music contains magical dimensions and a philosophic scope that seemingly exists outside of time. For many years now, he has been living and working in Lithuania. In the composition Lux Aeterna, the concept is tied to an extinguished light of life, which is illuminated in different layers of sonic timbre and spectrum. The sonic dimensions of the shadow are reflected and reborn in the reflections of the space.